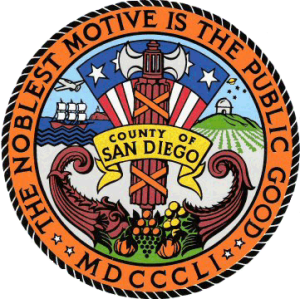 Record numbers of Democratic voters registered and turned out in San Diego county for the June 2016 primary. There are now over 70k more registered Democrats in the county than Republicans.

We’re very excited that several club members made it through the primary and we’re looking forward to our July 18 endorsement meeting. We hope as many members as possible will attend to endorse candidates for the November 8, 2016 general election.

We’re hoping to make endorsements in the following races:

We’ll also have an update on the alliances that are being formed following the ballot proposal the club helped make for a City Department of Public Health and Social Welfare.

Social Time
Members are encouraged to get together from 6:30pm before the meeting starts.
Please bring whatever light drinks/snacks that you’d like to share.

Where
We meet at the Partnership for the Advancement of New Americans – PANA
4089 Fairmount Ave, San Diego, CA 92105 (map)

The building is on the south-east corner of Polk and Fairmount, just north of University. Parking is also available at the adjoining Southern Sudanese and East African Community Centers on Fairmount Ave. Bus routes 7 and 13.