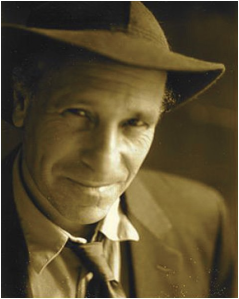 “What a journalist should be: a truth hound, undaunted by power:”
– Chicago Tribune

Palast will relate the latest of his investigations into the upcoming theft of the 2016 election – and the billionaires behind it!

Palast is a resolute, unrelenting, adamant supporter of independent journalism and independent media. Greg and his parents, San Diego residents, have supported KNSJ and its mission from inception.

Greg Palast, an internationally-known relentless progressive voice who has been called the “most important investigative reporter of our time – up there with Woodward and Bernstein” (The Guardian) is coming to San Diego to do a fundraising meet and greet for KNSJ.

Palast has broken front-page stories for BBC Television Newsnight, The Guardian, Nation Magazine, Rolling Stone and Harper’s Magazine. His books have been translated into two dozen languages and has led investigations of multi-billion-dollar frauds in the oil, nuclear, power and finance industries for governments on three continents, is the author of Democracy and Regulation, a seminal treatise on energy corporations and government control, commissioned by the United Nations and based on his lectures at Cambridge University and the University of São Paulo.

This is a great opportunity for people to be able to meet this internationally-known journalist.

All Supporters of Independent Media are welcome and invited!  KNSJ is owned by Activist San Diego,  a 17-year-old 501(c)(3) with a rock-solid mission of Networking for social  justice. This gathering is a fundraiser to launch the next stage of KNSJ’s development.  The monopoly power of corporate media eliminated KLSD’s alternative voice leaving a big void on San Diego’s airwaves. KNSJ is now here and has picked up the baton, but we need YOU to carry it forward.