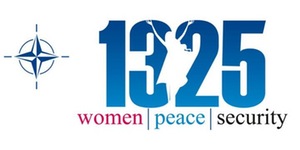 In celebration of the 15th anniversary of United Nations Security Council Resolution 1325, the Joan B. Kroc Institute for Peace and Justice (IPJ), along with the International Museum of Human Rights at San Diego (iMoHR), invite you to a panel discussion and reception welcoming Consul General of Chile Jorge A. Tagle and the 2015 Women PeaceMakers on Wednesday, October 28, 2015.

In 2000, the Security Council adopted the groundbreaking resolution on Women, Peace and Security – the first to link women’s experiences of conflict to the international peace and security agenda. It focuses on the disproportionate impact of conflict on women, and called for their engagement in conflict resolution and peacebuilding.

Consul General Tagle is hosting this program and reception and will present the Chilean role and experience with the resolution. The 2015 IPJ Women PeaceMakers will briefly describe how the resolution has impacted their countries and their work.  You will be invited to join the discussions of the positive dividends and challenges to this resolution, both in the theatre and the following reception.

We look forward to seeing you as we commemorate this lives-changing resolution.